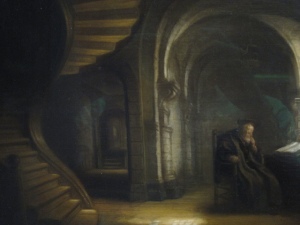 Return to the old philosophers for hope by waitscm

Jean-Jacques Rousseau was angry when attending theatre became a bourgeois pastime. He’d feel the same way now, on seeing the rise of social networks. He believed that theatre was a distraction from who we are and the present moment. He was right. Our constant focus seems to be to escape the moment, to escape ourselves, to escape a reality we might be afraid of facing or accepting.

Rousseau’s concern in the 18th century was that humankind’s increased dependence on others for happiness was an assault to individual freedom.

In his New York Times op-ed “First theatre, Then Facebook,”Robert Zatersky clearly demonstrates  how, 300 years after the philosopher’s birth, Rousseau’s sentiments about theatre reflect the 21st century reality of Facebook, Twitter and Instagram.

Self-help, a rerun of the old philosophers.

Nothing new has been written in self-help literature. In fact, the prevalence of self-help books is really just clever marketing of the same lifelong spiritual ailments that have always plagued society. The meaning of life, the existential void, the search for happiness… these are not new ideas, and the answers are not in books; they are to be discovered in each and every one of us and are unique for each individual.

Read rest of the article at VOXXI.COM

3 thoughts on “Return to the old philosophers to find hope.”